And have you read… Fox, Tooth, Heart? 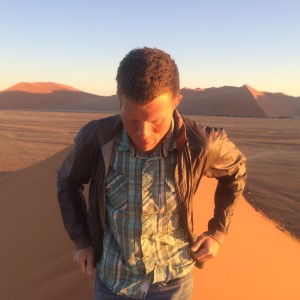 1) What was the impetus for this book?

Right now I’m about a month away from finishing a novel I started fourteen years ago, which takes place in the Smoky Mountains of Western North Carolina not far from where I grew up. Years ago, after I’d spent a whole year feeling like I was about two months away from finishing this same godforsaken novel, I said enough and worked on stories awhile. The first one emerged in a little over a week. Drafts of the others took more like a month apiece. Each story had its own impetus, of course, but generally the momentum came from longing to write short stories again after spending so many years in the dark hole of novel writing.

2) How do you find your characters? Are they linked in your mind even though there are many in this collection?

I used to find them at bars, until I quit drinking, so now I find them on Grindr, Manhunt, Scruff, Adam4Adam, on the Sandy Bay beach near Cape Town, in the Amtrak bar car, and in the Great Dismal Swamp. You think I’m joking, but it’s true. Some also come from the public schools of Blount County, Tennessee, where I grew up. The ones in “The Gnat Line” derive from two different newspaper stories I conflated, but the characters are wholly fictional. (Truth be told, “Betsy from Pike” and “Cult Heroes” are also inspired by true events.) The protagonists, at least, are linked in my mind, since they all have some connection to me.

3) What do you do when the going gets tough?

I’ve rewritten most of the stories in this collection eight or nine times. The opening piece, “Elephant Sanctuary,” I came dangerously close to throwing away. At some moment of pure frustration I peered into the future and saw myself wasting many more months on a story doomed never to succeed. I figured burning and deleting all copies of it would rescue me from a wasted year of hopeless tinkering. I don’t recall what changed my mind. To search back through the old drafts for answer would be agonizing; anyway, they’re in Virginia while I’m in Iceland. I do remember changing the narration from third person to first to third to first. With “Cult Heroes” it was similar. For about seven drafts I couldn’t get the voice right, and then something made it work. Of course I have plenty more story drafts that never coalesced into anything good, or at least they haven’t as of yet.