And have you read… Three Apples Fell From Heaven? 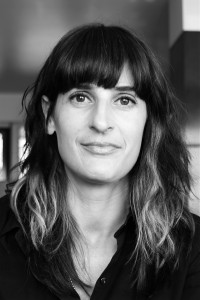 Three Apples Fell From Heaven was Micheline Aharonian Marcom’s first novel. Here she tells us a little about its inception:

I began it when I was in my late twenties and enrolled in the MFA Program at Mills College, where I also currently am on faculty.  The main drive to write the book was to write my grandmother’s story—she was an extraordinary woman whose parents both died during the Armenian genocide and who, at fourteen, as the oldest child of five, undertook the care and protection of her four younger brothers and sister.  She migrated with her siblings to Lebanon when the First World War ended and she raised the youngest two, while the older brothers went to work selling used shoes.  She refused to let the children go into orphanages even though she was mightily pressured to do so by the aid agencies of the time, and they stayed together as a family and eventually were able financially to thrive.  In her late thirties, she married my grandfather and raised another family: my mother and uncle.  My grandmother died during another war, the Lebanese Civil War, when I was nine years old.  In a way, I wrote the novel to find her again, to know her story better and to create something lasting and beautiful, I hoped, from what she had experienced and suffered.

There were many moments during the three years of writing Three Apples when I didn’t feel I was qualified enough, or smart enough, or good enough to do it.  Writing a novel, especially the first one, is, of course, all hard work and determination and at the end of the day some kind of trust, or commitment.  What got me through to the end was a promise I made to the memory of my grandmother that I would finish it.  And so no matter how hard it was, or no matter that on some days I felt like I couldn’t do it, I persevered.  Some days only that promise–to her memory, to the dead, to a higher purpose, kept the book moving along and alive. And in time, it was finished.

Micheline Aharonian Marcom was born in Dhahran, Saudi Arabia and raised in Los Angeles. She has published five novels, including a trilogy of books about the Armenian genocide and its aftermath in the twentieth century. She has received fellowships and awards from the Lannan Foundation, the Whiting Foundation, and the US Artists’ Foundation. Her first novel, Three Apples Fell From Heaven, was a New York Times Notable Book and Runner-Up for the PEN/Hemingway Award for First Fiction. Her second novel, The Daydreaming Boy, won the PEN/USA Award for Fiction. In 2008, Marcom taught in Beirut, Lebanon on a Fulbright Fellowship. Her fifth book, A Brief History of Yes, was published by Dalkey Archive Press in 2014. A film version of Marcom’s first novel, Three Apples Fell From Heaven, is currently in pre-production with a screenplay by Oscar-nominated writer Jose Rivera, and Shekhar Kepar to direct.