For Orlando: Make Beautiful in Maine 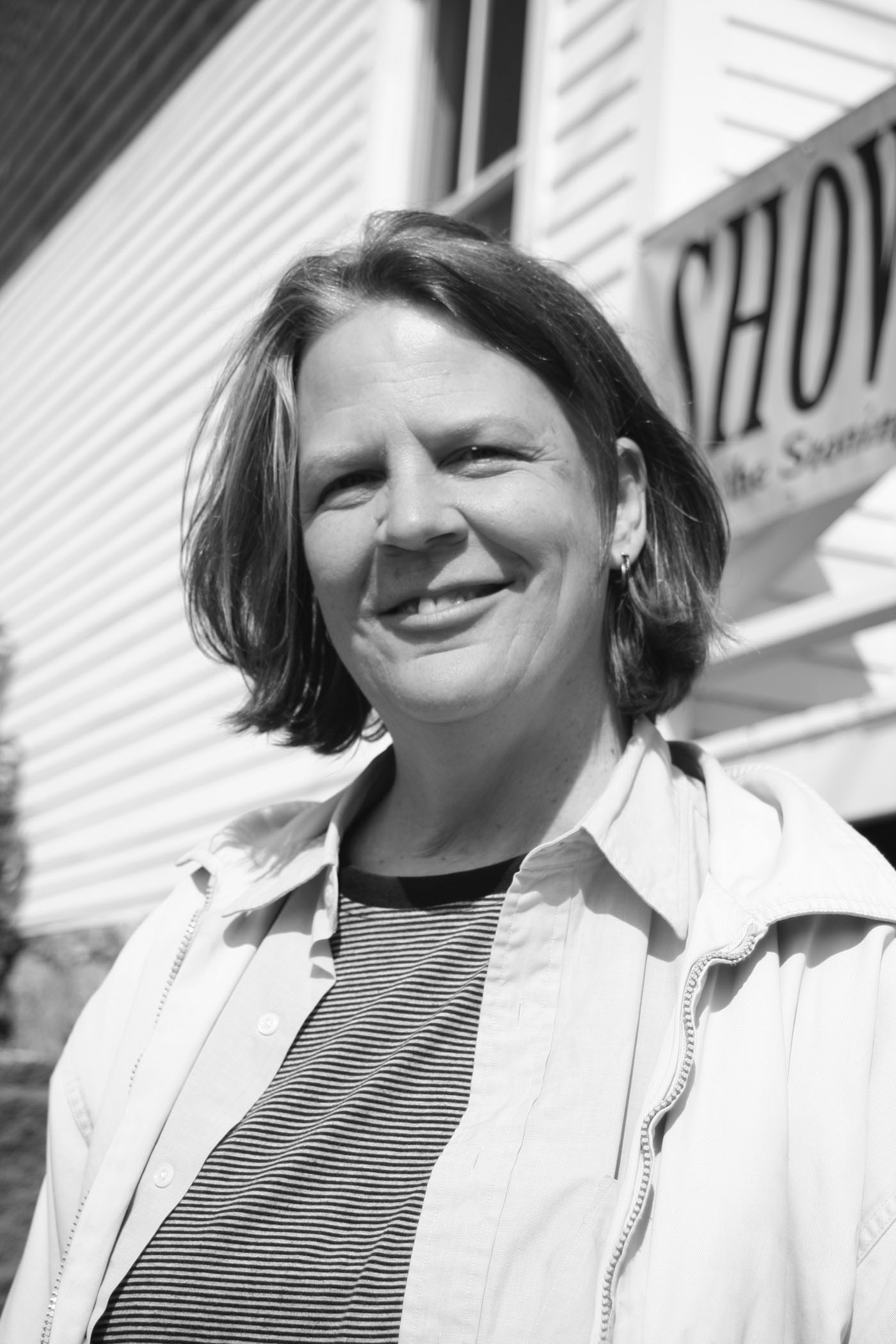 The mother sees her son’s boyfriend on a stretcher being taken from the club, and she is afraid.  I knew—gay club—when I heard it on the radio. Florida: old mistress to the Right, corrupt, stolen-election, multi-lingual, and one of the gay capitols.  All at once.

It’s happening all at once.

Sunday: called Hallowell friend (first open lesbian rep in the legislature) who told me another story: her 93-year-old mother insisting on reading Becoming Nicole aloud together, excitedly trading back and forth all weekend.  And how in their family’s church in Massachusetts the week before, the woman minister had welcomed C, a transgender 11-year old, to the service and suggested that the congregation might want to compliment C on her pretty dress as her two mothers, one a lesbian who had struggled with getting legal, proudly beamed on.  So she retold

so many others, and yes, I have been shot with a deadly weapon,

thirty-five years ago, in bed with my lover, no hate crime name to it.

And most on my mind, how to stand beside my gender queer young, so they know that we can stand up, that it’s all worth fighting and no, I did not say fighting for, because we don’t need to say that.  Maybe you do, but we do not.  We are.  We make our love from what we are, from what is ours.  Love and make beautiful, no matter what.

And before the Candlelight Vigil in Bar Harbor on Monday (having decided I was not going to go be inside a church or go to any inter-faith service without Muslims, Hindus, or almost any Jews), I woke up, my face numb.  Hand to cheek, a casual gesture, face numb to my palm. Wanna call it PTSD?  Never mind, I was messed up.  No focus, no end of semester reports today—nothing to say.  I cried into the gash. Tears on my cheeks, neck.  Today, teaching was about taking care and reaching out, because I was feeling desperate and tracking in circles like an animal caught alone in a trap.  I understood eating your legs off to get out.

Messages: I write J and B, subject line: holding you. I force myself to go to a friend’s photography opening, loved the burned sepia fog, the bleeding edges.  That was Sunday, days ajumble.  The thousand-year week.  I go to the shore, white caps, face numb against the NW wind, no getting used to it.

J, hard not to be devastated by the hatred …

It’s hard to say that I haven’t heard from anyone in my blood family.

Looking for company to go to Bar Harbor Vigil outside on the Green.

Tuesday: I need a three-day walk—I remember a very tall Native American in NYC after 9/11, and I mean the morning after, saying that Indians walk when they need to sort things out and that he walked with everyone, all the businessmen with briefcases, workers, secretaries in sneakers, everyone  walking, walking, walking uptown on 9/11 and feeling all right, because everyone was walking together.

I was reading poetry for Astraea’s Lesbian Writers Fund on 9/11.  And we went—my D.P., Mexican/Jewish lover and I–to the women’s demo in Times Square.  Do Not Turn Our Grief Into A Cry for War!  A few days later, I read with another lesbian poet at the NYPL Amsterdam branch, poems from the world. Today, the three-day walk is not happening–but I had three hours in the moss-shelved granite, pine forest with my Maine childhood friend.  That let me breathe.

On the way to the forest in Acadia, I saw flags at half mast in Blue Hill, Ellsworth and at the Bagaduce Lunch! the clam shack a mile and a half from my house where the proprietor, cigarette in hand, once threw a group of us dykes off the picnic area in the 70’s, saying I don’t want people like you here.  His daughter feels differently.

And outside the failed megachurch in town, the giant American flag is hauled right up to the top.  I want to stop and ask a good Christian why the flag is not lowered.  I want to go get a new electric chainsaw just down the Bar Harbor Rd in Trenton at Ellsworth Chainsaw—I need one anyway, a light hand-held re-chargeable saw, to cut the flagpole down, and its two smaller twin offspring, also. Cut them down. And I remember how a  Penobscot dyke  built her entire house with a chainsaw and asked the brothers over for an afternoon to get the ridge pole in place, and that was it.  She built the whole thing—two stories—with a chainsaw, no problem.  Or the women’s retreat, chainsaw dykes and women carpenters, buildings hidden in the woods.

I’m getting behind now. I have to keep up with the news.

I really wanted to go into the failed Christian megachurch and be face to face, as close as I could get, spitting distance, and talk about this. Words cutting sharp as chainsaw teeth, sharp as I could make them, to one of the people from the Christian Right club that sponsored over 200 bills against lgbtq people this year (Democracy Now).

Is there a problem?

before revving up the brand spanking new chainsaw.

R said I always wanted to light that motherfucking giant flag on fire by the megachurch.

on the town green, the tall, young Passamaquoddy G sang a funeral song from his tribe, and three queers read 49 names in broken and strong voice into the dusk in candlelight.  The air itself was tender.  Candles going out, re-lit, held in cupped palms.

Driving home from Bar Harbor, I hit a deer.

I looked right into the eye of the deer, head silhouette level with my sight line.  Live! pounding in my bones as she flew through the air across the road and onto firm mown grass.  She did not go under the car, but flew.  I turned around.  No sign of the deer.  She flew.  Her urgent bones leapt from the threat.  I know what that’s like.  Then she disappeared.

My bones run ahead of me, cannot settle.

I am angry, the young queer spoke last at the Vigil Monday under the gazebo on the Town Green after the first Gay Pride Weekend held in Bar Harbor passed on the same weekend.  Young queers, blue hair, green streaked and half-head shaved, squinched close together on the railings, calves tattooed, lighting, re-lighting candles for the dead and wounded.  Tending flames.  Wind from the northwest, murder from the southeast.

And at the end of the week, I tell my cool acupuncturist that I feel threatened, and she wants to know if something happened.  I cannot tell her, It’s everyday

in the thousand year week.  We live, survive and love because.

I try to explain, I’ve been shot before.  It brings it all up.

Many dead before this, I’m not alone.

How to be with my lgbtq people.

I want equal protection without getting married.

Home from the Vigil, images of young lgbt kids in South Korea sobbing.  Deep, comforting.  We can stand up, we have before…

There are things to do:  Learn Spanish better.  Be kind for no reason.

And there are some things I will not do: if anyone tells me we are all the same, I will tell them, No, No es verdad!

And in the footsteps of queer elders here in Maine, I planted dark red dahlia tubers today on the last day of the week of a thousand years when 49 died

and I will wait for the fall

of blood blossoms braving the edge of more cold.

Beatrix Gates (www.beatrixgates.com) has published five poetry collections, including Dos (Finishing Line) and Lambda Poetry finalist, In the Open. She translated, with Electa Arenal, Jesús Aguado’s The Poems of Vikram Babu (HOST) and has recent poems in Anthem, The Beloit Poetry Journal and Tupelo Quarterly. She was the 2016 Writer-in-Residence at QUEST University in BC, Canada, and her essay on Jane Cooper is forthcoming in University of Michigan’s series. She lives in Brooksville, Maine where she is a Board member of The Cannery at South Penobscot and continues to promote poetry in community.