What Happens When Nothing Happens 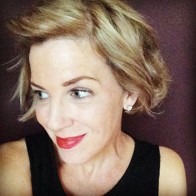 The more prominent the publication, the longer the wait. Once, after submitting an essay to Enormous New York Newspaper, I waited four months for the form-letter email rejection.

I didn’t need patience when I wrote the essays, more like an extra electrical cord to keep my hands and brain connected. But now is another thing. Because now I’ve emailed one essay to Big Essay Contest and snail-mailed another to Prominent Literary Magazines. Waiting for a response to my writing takes me back to moving as a child: an experience played on repeat. This time I will belong.

I grew up in four different neighborhoods: arriving, waiting on the judgement of my peers; receiving it; and then swallowing it. As a third-grader, I felt euphoria as the new girl picked to play Sabrina in a recess version of “Charlie’s Angels.” They like me. I belong! And embarrassment in a different town in sixth grade when Traci Ignatowski got thirty valentines and I got two…and one was from the teacher. They hate me. I’m an outcast. Waiting returns me to those crossroads, where I can see both acceptance or rejection. On my right, welcoming, lit up houses. And on my left—the badlands.

What happens when nothing happens has this practical, grown-up writer falling prey to childlike superstition. My jeans fit today with no evidence of muffin-top so clearly I will win Big Essay Contest! or My mother has called three times and I haven’t called her back; obviously Prominent Literary Magazines will say no. If my grown-up bargaining isn’t exactly like what I experienced as a kid, it feels unnervingly close. I am reminded that, whenever I wait for a subjective response, I’m in danger of handing someone else my self-esteem. 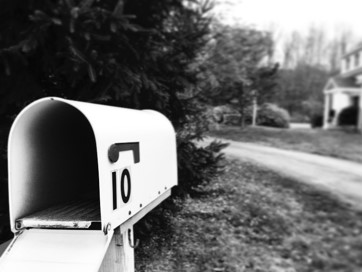 The more prominent the publication, the longer the wait. Once, after submitting an essay to Enormous New York Newspaper, I waited four months for the form-letter email rejection. In the first weeks of waiting, I imagined a future “yes” from editors. That essay is fantastic. By the third month I didn’t think the essay fantastic, so I re-wrote it. The remaining impatient days were spent torturing myself by comparing the re-written version with the original.

When the “no” came I was so relieved to get a response, I laughed about it…in public. In private, I told my graduate school advisor, Kenny Fries, who said, “Enormous New York Newspaper is a tough nut to crack.” His comment called to mind coconuts. I will revisit the coconut but for now I am going after Brazil nuts and, if necessary, will work my way down to pistachios.

But it isn’t the nuts that I mind, it’s my inability to wait. Waiting means my future is in someone else’s hands. It means no control. It means handing the key to a stranger and letting them decide if I belong.

Moving from my old career to a new one as Unpaid Writer or Paid Writer requires knowing whether I’ve got the red-light rejection or green-light acceptance. Green would prove that I didn’t make a massive mistake closing my sewing business, but even a red light would help me teach my three sons that you should go after a dream no matter the outcome. If you join me where I wait at the crossroad, I will whisper in your ear that having my essays published will mean I have kept the editors from discovering that I am a fraud. (Just last week, teaching a writing workshop, I kept emphasizing the wrong syllable in “autobiography.”) Rejection means they found out.

Kierkegaard said, “Patience is necessary, and one cannot reap immediately where one has sown.” (Kierkegaard didn’t have pre-sliced deli meats.) I believe patience is being bred out of us and I am feeling the evolution, unlike Darwin, who only witnessed it in those finches on the Galapagos Islands.

This modern Darwinian switch— from patient to impatient—was flipped within my generation. When I was in college, computers came, and I tossed my typewriter correction paper in the trash and switched my undergrad major to multitasking. God gave me three children, including twins, because He knew how well I could juggle babies. If right now you are imagining a young woman tossing babies from doorway jumper-to-playpen-to-highchair, bingo. But having so many “tasks” at one’s fingertips has a dark side. In a Boston Globe article from 2013, “Instant Gratification is Making Us Perpetually Impatient,” staff writer Christopher Muther referenced Ramesh Sitaraman, a computer science professor at UMass who spent years researching users’ abandonment rate waiting for a cute puppy video to load:

“Sitaraman worries someday people will be too impatient to conduct studies on patience.”

How long will people wait for the cute puppy video? Five seconds. This terrifies me. What if I become so impatient that I stop sending my work out all together?

I don’t have the perfect antidote to counteract impatience, but I know what helps: an extra-large helping of ice-cream. Also, preparation. I am the queen of preparation. Preparation requires a plan that is executed by a series of tasks, all within my control. Preparation is optimistic.

Before filling out the submission envelopes to Prominent Literary Magazines on my kitchen counter, I wiped it down three times to remove maple syrup residue from the twins’ breakfast. I selected the perfect envelope from Christmas card leftovers and evaluated the suitability of my Forever stamp options. Cardinal? Chickadee? I flirted with using sealing wax. Preparation meant the response to my submissions would be “yes,” which meant I visualized paying of my grad school loan, a giant egg about to hatch.

The first three weeks were easy. I floated on satisfaction. I was so excited to have the envelopes off the kitchen counter that I almost forgot I had submitted anything at all. Until the twenty-second day, when I thought about the email acknowledgement I got from Big Essay Contest last time. I remembered the false confidence I felt in the subject line, “Thank you for submitting to Big Essay Contest!” I prefer false confidence to no confidence—and I remember the exclamation point: it was happy, and removed a bit of the sting when I didn’t win.

I lasted another week before searching the Big Essay Contest website, where I found instant rejection on the submission guidelines page, which went something like: “We will not send any acknowledgement of your weird essay. We don’t care that you didn’t shower, were training a puppy, and ate dry Cocoa Puffs out of an old Tupperware cup while you wrote it or that you are using us as justification for changing careers. You want to inspire your kids? Join the club. We get so many millions of better-than-yours entries that we just might not read them all. Especially the one you sent, an hour and a half before the deadline. Hahahahahahahaha. The winner (not you) will be announced in January.”

There is no point checking in with the places I mailed the other essay. Prominent Literary Magazines all say a version of the same thing: “We enjoy drinking Old Fashioneds whilst sitting on the Chesterfield and taking months and months to respond. Forget simultaneous submissions because we frown on that. We will know if you do. We’re like Santa Claus; we know when you’ve been naughty.”

Yikes. I’d sent the same essay multiple places. I mentally emailed: “But I haven’t got forever to get published! I’m approaching sixty in just thirteen years.” I resisted a vision of myself mailing my last grad school payment to the Fed at eighty, surrounded by unpublished manuscripts.

The responses to my submitted essays, when and if they arrive, will be professional, impersonal—distant. Even if they are accepted. The responses I want are convivial, personal, and close. Even if they are rejected. Yes, in answer your question, I want those valentines. I want to be a Paid Writer: to approach the lit-up houses on the right side of the road and watch the doors fly open. But I know those doors are in someone else’s control, and my self-esteem, my self-acceptance, can’t be.

The reason I started writing, and what keeps me writing, is that I am compelled to. Creating new work to send out while the old work is already “out there” doesn’t remove impatience, but it makes impatience more urgent and leads to persistence…which means I’m no longer waiting. I’m knocking on doors.

Post Script: Christine has been waiting to hear from Prominent Literary Magazines for 47 days. Which is nothing; she knows that. Even so, she’s purchased a nutcracker. And she wrote this, which in the end, helped more than anything else.

Christine Kalafus is a writer. Her essays have been published by The Woven Tale Press, The Writer in the World, and in the winter 2017 issue of PAGE.Publishers Weekly reviewed her essay “Confessions of a Makeup Addict,” calling it “…refreshingly honest and entertaining,” a dictum Christine aspires to every day. She appears frequently at storytelling events including The Moth in Boston. Her story,“I Hear You Make Cakes” was selected by The Moth for its podcast. Christine holds an MFA from Goddard College where she also served as Editor-in-Chief of The Pitkin Review. She teaches and is Assistant Director, Avon Programming, for Westport Writers’ Workshop in Connecticut. While she polishes her first memoir, Christine takes daily breaks to go field hopping with her puppy Gigi and posts the results on Instagram.