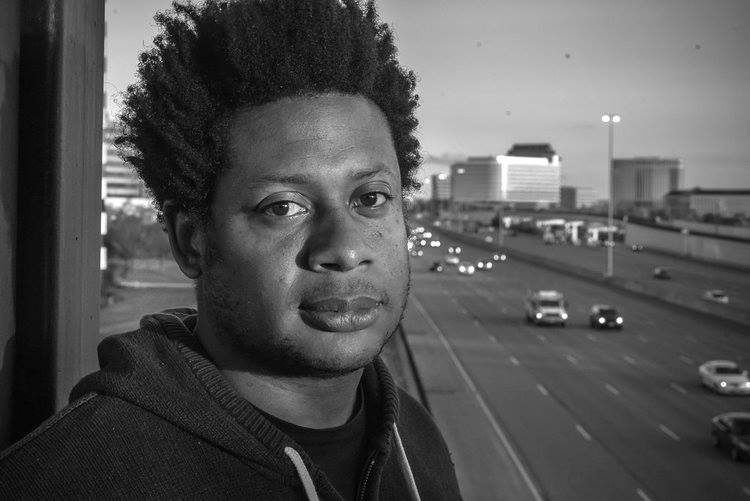 Steven Dunn, a professional member of PEN America, is the author of the novel, Potted Meat (Tarpaulin Sky Press 2015), which was a Colorado Book Award Finalist and was shortlisted for Granta’s Best of Young American Novelists. His second book water & power is forthcoming from Tarpaulin Sky Press later this year. He was born and raised in West Virginia, and after ten years in the Navy, earned a B.A. in Creative Writing from the University of Denver. His work also has been published in Columbia Journal and Granta Magazine.

Mr. Dunn is co-founder of the Denver Veterans’ Writers Workshop and of a reading series in Denver that features women and writers of color. He also teaches at-risk youth in a bimonthly workshop about “gaining agency through telling your own story.” As a student in Goddard College’s MFA in Creative Writing Program, he plans to produce a body of work that addresses “the multiple layers of disappearance of black bodies through the lens of state-sanctioned violence and patriarchy. Through these lenses I hope to parallel historical racism with modern racism while paying particular attention to the resulting exhaustion and trauma of both timelines, and how those are passed through our generations.”

Elena Georgiou, Director of Goddard’s MFA in Creative Writing Program, described Mr. Dunn’s work as “piercing. His straightforward, stripped-down style allows nothing to get in the way of the story. And what is that story? It is an up-close and personal examination of how racism and sexism are perpetuated in modern-day America.”

As the second-place awardee, hybrid prose writer Maša Sukovic, will receive a $5,000 scholarship. Ms. Sukovic is a Student Affiliate member of PEN America. She holds an MA and PhD from Texas A&M University and was the 2017 winner of the San Francisco Writing Contest in Adult Fiction. Her work has appeared in I come from the World literary journal and Permafrost Magazine.  At Goddard, she plans to explore the hybrid form, with a specific “focus on the elements of magical realism, as it examines the notions of hybridity, postcolonialism, and the supernatural and natural coexisting in the same space and at the same time.”

Candidates for the 2019 Goddard/PEN North American Scholarship may submit their applications until April 15, 2019. Application information may be found at: https://www.goddard.edu/academics/master-fine-arts-creative-writing-2/pen-scholarship/

The Goddard/PEN North American Scholarship is made possible by a generous gift from faculty and friends of Goddard College. Additional contributions to sustain this award may be made at www.goddard.edu/alumni/giving/pen-scholarship.