And have you read… Flash House? 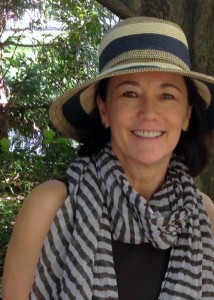 1) What was the impetus for writing this book?

The first inspiration for this novel was my own family. I lived in India as a child for two years, during which my father worked for the UN and my mother for the Indian Government. My father flew all over Asia for work, including Afghanistan. I wondered what would have happened to my mother if his plane had gone down over the Khyber Pass, and imagination took over.

Among my other inspirations was the story of a remarkable young journalist named Barbara Stephens, recounted by author Peter Rand in China Hands.  Stephens spent seven months in 1947 traveling solo through eastern China in order to document the atrocities and abuses being committed against the local Moslem population by both Nationalist Chinese (supported by Britain and the U.S.) and Soviet-backed Communists.  Twenty-three years old and arguably too young to know better, Stephens refused to downplay the suffering of innocent civilians for the sake of political expediency.  Nor was she willing to make excuses for men we today would call terrorists.  Stephens’ reports almost certainly would have shed unflattering light on America’s post-war policies in Central Asia… but she was silenced when the plane carrying her back across China crashed under suspicious circumstances.  (Rand tacitly credits the Nationalists with engineering the crash.)

In Flash House a character loosely based on Barbara Stephens serves as the lure in a tale of intrigue and adventure involving a Chinese-American spy, his American wife, and his best friend, an Australian journalist.

2) How did you find your narrator?

Like millions of others, I’d long been captivated by photographer Steve McCurry’s riveting portrait of an aquamarine-eyed Afghan girl, which appeared on the cover of National Geographic in 1985.  Those hypnotic eyes and ruddy skin, the delicate nose and lips, that tousle of brown hair beneath the bittersweet head scarf that might have been a sari or a chador or a borrowed prayer shawl – all of this suggested a child who was not of one place but of every place, who belonged not to one race or tribe or nation but to every one of us.

That picture, taken at a refugee camp during the period when the United States was actively supplying and training Afghan “freedom fighters” to wage war against the Soviet Union, seemed at once to resonate with the fact of war and yet stand solidly apart from it.  To my mind the girl’s face embodied both innocence and strength.  Innocence not in the American sense of having been protected, but in the global sense of having witnessed and suffered all too much without comprehension or blame. And strength not in the American sense of might and bluster, but in the global sense of quiet, even profoundly silent, resilience.  This global rather than national identity and this quality of alert resilience made for an ideal witness.  Thus was born my narrator Kamla.

3) What was the biggest obstacle you faced with the release of this book?

Flash House was completed in the summer of 2001.  At the time I believed the most problematic element of the story would be its locale: Central Asia.  I had stripped down a good deal of the regional background because I assumed American readers would have limited interest in the Great Game between Russia and Britain for control of trade routes through Afghanistan, eastern China, and what is today Pakistan.  Or in the fifty-year war between Pakistan and India for control of Kashmir.  Or even in America’s distant role as supplier of arms, funding, and other support to Islamic tribal chiefs who promised to fight against Communism at the start of the Cold War.  My charge as novelist was to make history serve my characters and story, not the other way around.

Suddenly Afghanistan, Pakistan, Kashmir, and the rest of Central Asia dominated the nightly news.  In twenty-four hours a region that the West had relegated to almost complete obscurity became the focal point for all our anguish, enmity, fascination, and bewilderment.  Overnight we discovered our heart-wrenchingly real need to know about geography, people, religions, cultures, societies and philosophies that simply did not exist in our collective psyche before these attacks.  Our entire global context had shifted, and the history through which I conceived this story had come home in ways I never would have dared to imagine while writing this book.

By the time the book was released, however, America was going to war not in Central Asia but in Iraq. I was on book tour during “Shock and Awe” in Baghdad. Everyone was riveted to the nightly news. No one was reading novels. As it turned out, that was an obstacle that no marketing campaign could overcome.