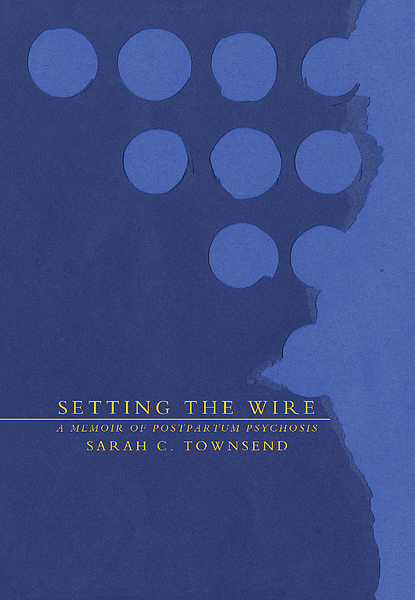 SETTING THE WIRE is a memoir of postpartum psychosis and a meditation on containment: what we hold and what holds us together. A lyric exploration of motherhood, mental illness, and familial ties, Sarah Townsend’s debut work weaves together personal anecdote, film, music, visual art, and psychology. SETTING THE WIRE is a visceral reflection on the experience of fragmentation as a young psychotherapist and new mother.

“Sarah Townsend’s SETTING THE WIRE is a tightly coiled and disturbingly gorgeous exploration of her postpartum mental breakdown. I devoured these pages—while willing myself to slow down so I could catch every nuance of Townsend’s taut, lyrical, wise writing.”

“SETTING THE WIRE is a tightrope-walk story of a woman watching herself transform, an urgent, kaleidoscopic telling of motherhood and daughterhood that upends our presumptions of what the self knows and who the self is. The right voice can both reveal hard truths and comfort us in the face of them. With remarkable lyricism and tender rawness, Townsend charts a brave path into the mind so that we might all see ourselves against a new backdrop of reality and memory. Townsend’s stunning memoir reads like the kind of dream you’re desperate to remember long after waking up.”

“SETTING THE WIRE is a book one doesn’t so much read as fall into. Townsend drops us masterfully into a state of mind almost over the edge but never completely. Evocative and mesmerizing, this book should be kept near Charlotte Perkins Gilman’s The Yellow Wallpaper, Doris Lessing’s To Room Nineteen, and Jean Rhys’s Wide Sargasso Sea.“

GC: Tell us about your book!

ST: Setting the Wire is an account of a psychotic break that I experienced in 1999 following the birth of my oldest daughter. More broadly, the book is a meditation on psychological containment. How are we held together in the first place? What is the origin of a self? Setting the Wire is about the impact of loss, the intergenerational transmission of mental illness, and the nature of traumatic memory. It’s also a love story.

GC: How is the subject matter of your thesis Goddardly?

ST: Even as we bring birth-related mental illness into the public discourse, psychosis retains a level of shame that is silencing. Setting the Wire is an attempt to speak about a largely unspeakable condition. I’ve come to see maternal mental health as a social justice issue.

Approximately one in five women experiences some form of perinatal mental health disorder—it’s the most common complication of pregnancy. Postpartum psychosis is comparatively rare, occurring in one to two out of every 1,000 deliveries, but our lack of information on the subject leaves mothers and infants at high risk. Psychosis is a psychiatric emergency requiring careful diagnosis and immediate care. A small percentage of cases—four to five percent, those that have received the most attention in the media—result in suicide or infanticide. These tragic outcomes are both rare and necessary to safeguard against.

Despite the consensus of research that a mother and infant should be treated together as a pair, in most cases nationally involving hospitalization, women are separated from their babies in facilities that are unfamiliar with the needs of postpartum women and families. In the U.S., there are currently no inpatient psychiatric facilities that will admit a mother and baby together, although they exist in other countries.

The U.S. is the only developed nation with a rising maternal mortality rate. There are also alarming racial disparities in birth outcomes. Black mothers die at a rate that’s 3.3 times greater than whites, and Native American or Alaskan Native women die at a rate 2.5 times greater than whites, according to a report from the Centers for Disease Control and Prevention. Incidence of postpartum depression in women of color is also higher than the general population: 38% as opposed to 15%. There are related gaps in screening and services.

GC: How did the Goddard process have an impact on your own creative process?

ST: At Goddard, I practiced writing into the unknown, to “see what arrives” without planning ahead of time. I came to understand that creativity is outside of our conscious knowing. I learned to listen. This view is consistent with my training in psychotherapy to begin each session “without memory or desire.” For me, these are consistent attitudes toward human receptivity and creativity.

I also continue to see books as my teachers. I turn to them for solace and inspiration. I understand the significance of a writing community.

GC: How did your time at Goddard affect your action in the world?

ST: My time at Goddard affirmed that artistic expression is a human right and an essential aspect of living. In concrete terms, I’ve been speaking about mental illness publicly and my book is currently included on curriculum through midwifery schools and doula associations, in the bookstore of Postpartum International, and at the University of Washington’s certificate in writing program. STW has traveled to Harare, Zimbabwe to the Society for Pre and Post Natal Services. I can see the literal impact of story, but more than that I feel so deeply moved by the power of human connection through books. Even more so than as a writer, I feel this as a reader.

GC: What advice would you give an emerging writer?

ST: When consulting an established writer about the marketing plan for STW, she asked an unexpected question: What is your personal mission statement? She wanted to know why I write. In my case, the answer had very little to do with “sales.” So I suggest that writers ask themselves this same question: Why do I write? and then unabashedly ask the world for what you want.

I would also say hold gratitude that you have discovered writing and a writing community within this lifetime. Nothing else is needed.

GC: What’s next for you?

ST: I’m scheduled to teach creative writing workshops at Hugo House for the first time this winter and spring. I will also continue to work as a writing coach. I’m collaborating with Marin Sardy, author of the recent book of essays Sketches of Schizophrenia, on a piece about psychotic illnesses. In April, I will participate in a panel at the Orcas Island Lit Fest together with Goddard MFAWs Sarah Cannon (also the moderator of the panel), and Ginna Luck, among others. I’m beginning a new project about “the shadow” and midlife. There are also so many books I want to read! 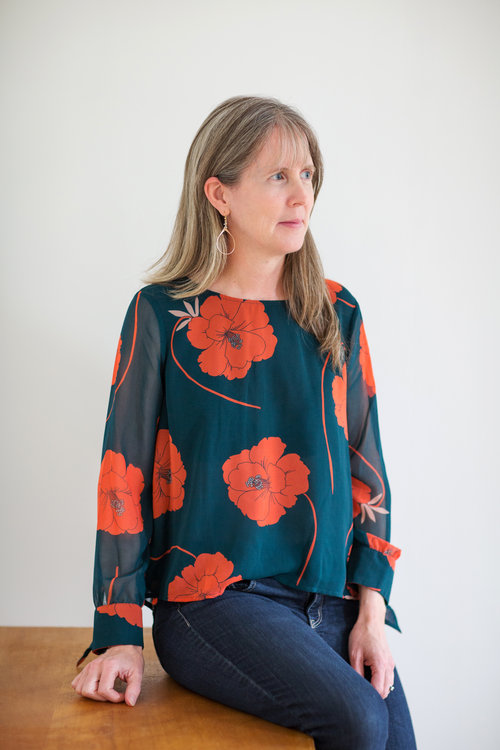 Sarah Townsend is the author of Setting the Wire: A Memoir of Postpartum Psychosis (The Lettered Streets Press, 2019). She received her MFA in creative writing from Goddard College, and her MA in counseling psychology from Northwestern University. Setting the Wire has been featured on Beyond Well with Sheila Hamilton, The Ish with Cameron Dezen Hammon, UpFront with Cat Brooks of KPFA (NPR), and in the Chicago Review of Books. Sarah currently teaches at Hugo House in Seattle, WA. She serves on the Postpartum Psychosis Task Force of Postpartum Support International. You can learn more about her at SarahTownsendWriter.com.

Read more about and from Sarah here:

Chicago Review of Books A Lyrical Memoir About Postpartum Psychosis